John Tarnoff: Age Discrimination – The Latest from the Barricades

There’s been a lot of discussion recently about the Age Discrimination Employment Act, and whether it’s doing its job when it comes to age discrimination.

Like the majority of employees it is designed to protect, the Age Discrimination in Employment Act is over 50. Passed in 1967 and modeled on the Civil Rights Act of 1964, the ADEA protects workers over 40 from being denied employment or from being let go on the basis of their age.

Here’s the wrinkle with the ADEA. While the Civil Rights Act uses terminology that classifies discrimination as having to be a “motivating factor” — but not the only factor — in establishing discrimination, the ADEA uses criteria that require age to be the single most important, or even the sole reason for discrimination.

Needless to say, this is a much higher bar to clear. A recent federal appeals case brought by the AARP on behalf of a Chicago lawyer (Kleber v CareFusion) ruled in favor of the company and made the (to me) outrageous assertion that the ADEA was intended to protect existing workers at a company from being fired, not to protect new workers seeking employment.

Read the text of the ADEA and see if you agree with this interpretation.

The battle is ongoing.

We all know that employers are bending over backwards to maintain the appearance of compliance with the ADEA while coming up with resourceful ways of circumventing it. Here are some recent examples:

When you read through the cases and stats, you realize that, like other forms of discrimination, age discrimination is under-reported and ferociously defended and protected by its perpetrators. Companies go to great lengths to disguise their ageist practices and, in the IBM case, for example, had the gall to fire people who were getting older, but then invited them to apply for contractor positions at lower pay rates and without benefits — and THEN instructed the hiring managers for those positions to NOT hire the former employees!

The irony of age discrimination, of course, is that everyone is eventually subject to its effects, so it is, in essence, a reflection of our own denial and fear of getting old (and dying). This is why age discrimination is “the last ism.”

The Future: Ominous or Hopeful?

Does the Chicago case (Kleber v CareFusion) constitute a harbinger of things to come? Will the courts continue to support age discrimination under the broad rubric of “deregulating” business practices? Or will that case get overturned by the Supreme Court? Will Congress act to bolster the ADEA?

My opinion: don’t look to the courts. They’re typically on the tail end of the innovation/leadership curve. Look instead at the demographics.

Since the early 1990s, the number of workers aged 55 and older has doubled. As the aging bubble continues to grow (with the last baby boomer turning 65 on December 31, 2029), the number of older workers in the workforce will keep pace. Women over 55 are also one of the fastest growing segments of the workforce; by 2024, they will outnumber women aged 16-24 by a 2:1 margin.

There’s an economic imperative at work here that employers can’t ignore. Employers are going to be better served by re-examining their bias and recognizing how older workers can improve their bottom line. Between the need for skilled workers, the need for more soft skills and life experience, and many other attributes that older workers bring to the table, I believe that the tide will have to turn because it is in employers’ best economic self-interest.

Rather than bemoan the retrogressive attitudes of the courts, we need to defy the stereotypes and bring our A game to every meeting and every interview. By being the change and bringing the value, we can dispel the false myths, and bring about a much more multi-generational workforce.

I am here to answer your career questions. Please email me here. Looking forward to hearing from you! 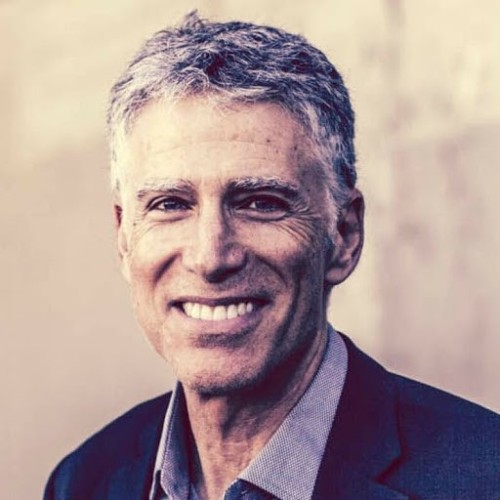 John Tarnoff
I’m a reinvention career coach, speaker, and bestselling author who connects people over 50 to their inner calling, and helps them transform their work lives into meaningful, purposeful, and sustainable. second act-careers. Fired 39% over 35 year career as a media/entertainment exec, I learned how to turn setbacks into successes I reinvented my own career at 50, earning a master’s degree in psychology to focus on professional development and training.