The AGEIST Movement. We Are Not Done Yet.

At AGEIST, we want to change the world with aspirational, attainable, and inspirational stories of people our age. 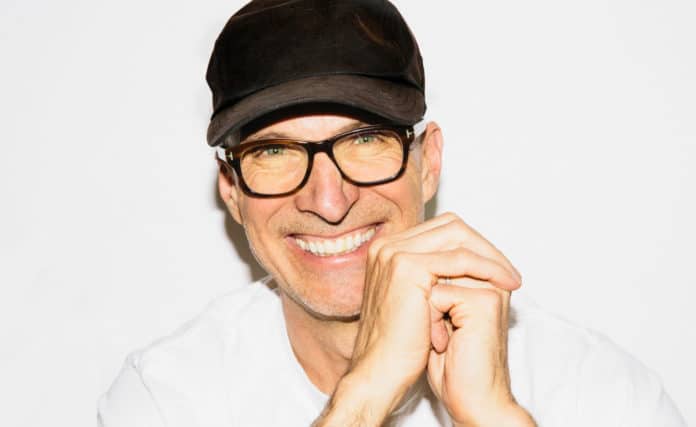 We started AGEIST about 5 years ago when, at the age of 56, as I looked around the media landscape, I didn’t see myself or any of my friends represented. There were pharma ads proclaiming that I had overwhelming medical problems that only their products could solve, there was AARP declaring that I should be very scared and only they could navigate the world for me, there were movies portraying people my age as being bumbling liabilities completely out of touch with the modern world. No wonder there was ageism.

Certainly, there are many people who are experiencing tremendous challenges at this stage in life. All of us have our challenges, but they are not the sort that we were being told that we have. We actually feel at the peak of our powers — strong, healthy, culturally relevant, and filled with decades of lessons learned. Our challenges have more to do with expanding into the world rather than pulling back from it.

One of the most surprising things about AGEIST is who reads it. According to Google, about 50% of our readers are under 50 years of age and a good many are under 30. How can this be? It turns out that if one shows people of any age as being aspirational and inspirational, lots of people will identify with and be inspired by them. A person’s age doesn’t matter much if they are inspiring.

At the start, we interviewed hundreds of people, and almost all of them told us the same things. They felt most media was insulting to them. They felt the big legacy “retirement” organizations had nothing to offer them (in fact, several employees of that large organization told us that it was personally irrelevant to them) and, finally and most interestingly, they almost all felt that they were exceptions to how people our age lived.

This why AGEIST is here. The fact is that there are many millions of people around the world living just like us, who feel they are nowhere near being done, nowhere near being put out to pasture. These feelings of being an exception to how people were living was being driven by the onslaught of images and messages that told them, “Don’t try, you can’t do it.” This is bunk, but pernicious and powerful bunk.

AGEIST is the counter-message. Our guiding principles are to present aspirational, attainable, and inspirational stories of people our age, and to provide the information around health, culture, style, and travel that people like us crave to know.

For all of us, our greatest handicap is our imagination and our beliefs, it is not our capacity

For all of us, our greatest handicap is our imagination and our beliefs, it is not our capacity. Anyone can learn most anything in 3 years. If you started to study Mandarin or coding today, in 3 years you would be proficient. You probably will not be interpreting at the UN, or a top programmer, but you will be plenty good enough to have a valuable and meaningful skill.

Your body is changeable. It takes 2-3 years of training and you can become stronger and more fit than you ever imagined. Will you be a champion sprinter? Probably not, but look here at what Joan did at age 71. If someone tells you that is impossible, you may want to correct them. It may be difficult, it may be harder than when we were 20, but it is not impossible. You can do this if you want to do it — hard is not impossible

We want to change the world

We want to change the world. It is a necessity not just for all of us personally, but for the planet. It is impossible to marginalize 30-40% of the population to some sort of sideline ghetto and still have a functioning society. Lucky for us, we are making strides. New organizations, blogs, and podcasts are joining our mission every day. We encourage and support them. We are all in this together. There are brands and companies coming to us who 5 years ago ran from us. No more. Things are moving rapidly now, the escalator is going up.

A quick word about our name. We are about age and, in the same way a biologist is about biology, we are AGEIST. Ok, that is a bit cheeky. The reality is, what were we going to call ourselves? Silver Golden Sunshine Years Illustrated? We felt we need to go right into the face of what the main issue was. Boom. AGEIST. That’s us and we own it. We are provocative by nature. We have to be if the prevailing narrative is that we are incapacitated by definition because of our age. We need to say no and take a vigorous stand of opposition.

Thank you for joining us, for supporting us, and for telling others about AGEIST. If you are new, we are on Instagram here for visual inspiration. We have a private Facebook Group here where our people share their experiences.  We have a twice a month show with our buddy Chip Conley called Happy Hour here, which now has a following in the thousands. We just launched our SuperAge podcast here.

Let’s do this thing.

David Stewart
David is the founder and face of AGEIST. He is an expert on, and a passionate champion of the emerging global over-50 lifestyle. A dynamic speaker, he is available for panels, keynotes and informational talks at david@agei.st.

Hospital Etiquette: What I learned From a Year on the Inside as a Patient

Sold the Home. Now What?