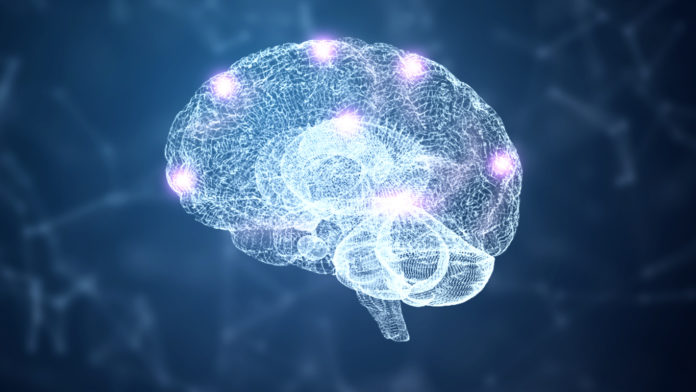 With increased evidence linking menopause to Alzheimer’s, it helps explain why two out of every three people diagnosed with the disease are women.   And with the number of Alzheimer’s cases expected to triple by the year 2050, it’s no wonder why so many women in our Gennev community are in search of prevention.

Monica Smith is one of these women.  A healthy, vibrant, almost sixty-year-old, who over the past decade has adopted a lifestyle that has made Alzheimer’s prevention a priority.

We recently asked Monica to share how she developed her prevention plan and what advice she would give other women.

When did Alzheimer’s prevention become a priority for you?

When I was 45 years old.  My mom died of Alzheimer’s that year, and my dad was diagnosed with the disease just two years later. Shortly thereafter I decided to take a genetic test to see if I had the marker.  Unfortunately, I found that I had one of the ‘bad’ genetic alleles (I’m APOE 3/4), linked to a greater risk of Alzheimer’s.  Those events were the inspiration to better understand my risk, and what prevention measures I could take.

I can understand.  Learning of your increased risk, what approach did you take initially to learn what prevention might look like?

Research!  Luckily, I enjoy reading and exploring new things, so I began a quest to discover and find strategies I could apply.  I read Dr. Dale Bredesen’s book End of Alzheimer’s and his approach called ReCODE.  I explored the work of Dr. Stephen Gundry of Gundry MD, and his approach to longevity. I read Brain Food by Dr. Lisa Mosconi and her research through the Women’s Brain Initiative and Alzheimer’s Prevention Clinic at Weill Cornell Medical College.   I also researched many other doctors and authors as well as online forums such as Tapatalk’s APOE4 group.

I can imagine you came across many different points of view and opinions on prevention.  How did you decide which strategies to adopt?  And what did you learn early on?

Hah!  Great question.  Doing too much at once and making lifestyle changes that were too extreme, definitely did not work.  Initially, I went all in, mostly around diet, and supplements.  While it felt good to be taking serious steps to reduce my risk, I found my choices were too restrictive.  I quickly discovered I needed to only take on strategies I knew I could sustain.  That’s ultimately what led me to select the measures I practice today.  Strategies that give me peace of mind that I’m doing what I can, but don’t feel as limiting.

Can you share the methods you’ve adopted for Alzheimer’s prevention, and how you might advise other women?

Sure.  They are five simple strategies that fell somewhat in line with how I was already living.  This made them easier to incorporate into my daily routine, with a tweak or two.

First and foremost, I am a big believer in hormone replacement therapy (HRT).  I would advise every woman to explore the pros/cons of HRT during all stages of menopause. With such strong evidence that a drop in hormone levels can lead to an increased risk of Alzheimer’s, it’s a must for me.

Second, adopt a healthy diet (such as a Mediterranean Diet) and avoid inflammatory foods.  I’ve said goodbye to red meat and eat mostly a plant-based diet. I’ve also reduced my sugars and alcohol and keep my insulin resistance in check.  To know how I’m doing, I check my bloodwork for deficiencies and supplement as needed and keep my cholesterol low.

Third, exercise! Keep moving. I’ve always been active, but as part of my prevention strategy, I move nearly every day of the week, doing a variety of activities, even if it’s just for thirty minutes.

Fourth, adopt new activities and learn new things.  This has been the area where I’ve done the most ‘tweaking’.  I’ve always been intellectually curious and engaged, but now I make it a point to really challenge my brain.  I focus on learning something totally new to me and doing things I’ve never done before.

And finally, stay current on prevention strategies so you are always on the cutting edge of the latest research.  My go-to resources include Dr. Lisa Mosconi’s books and research, Sanjay Gupta’s book Keep Sharp, and the valuable resources on websites such as Gennev and Ageist.

Schedule an appointment today with a Gennev menopause-trained doctor to optimize your health in your post-reproductive years. 94% of women report symptom improvement after working with Gennev.

Join the AGEIST movement!
Sign-up for our weekly newsletter.

Seed and Vegetable Oils: Are They Bad or Beneficial for Health?