Making friends through the universal language of play.

He speaks no English. I speak no Ukrainian. We were about the same age, and the only two people in the bus station at midnight, both waiting for the 2 AM to Spain.

I was exhausted from a long day of travel, including a five-mile hike with a heavy pack through the streets of Albufeira. Now I was slumped in a cold metal chair, shaking off the chill of night while listening to “Be Here How” by Ram Dass. It was going to be a long night.

He broke the ice first, using a language everyone understands. He offered food — an open bag of potato chips. I took a handful, thanked him, and we hobbled through a few words, learning where we each were from. But lacking a common language, that’s where it ended. He went back to his metal chair, and I mine. 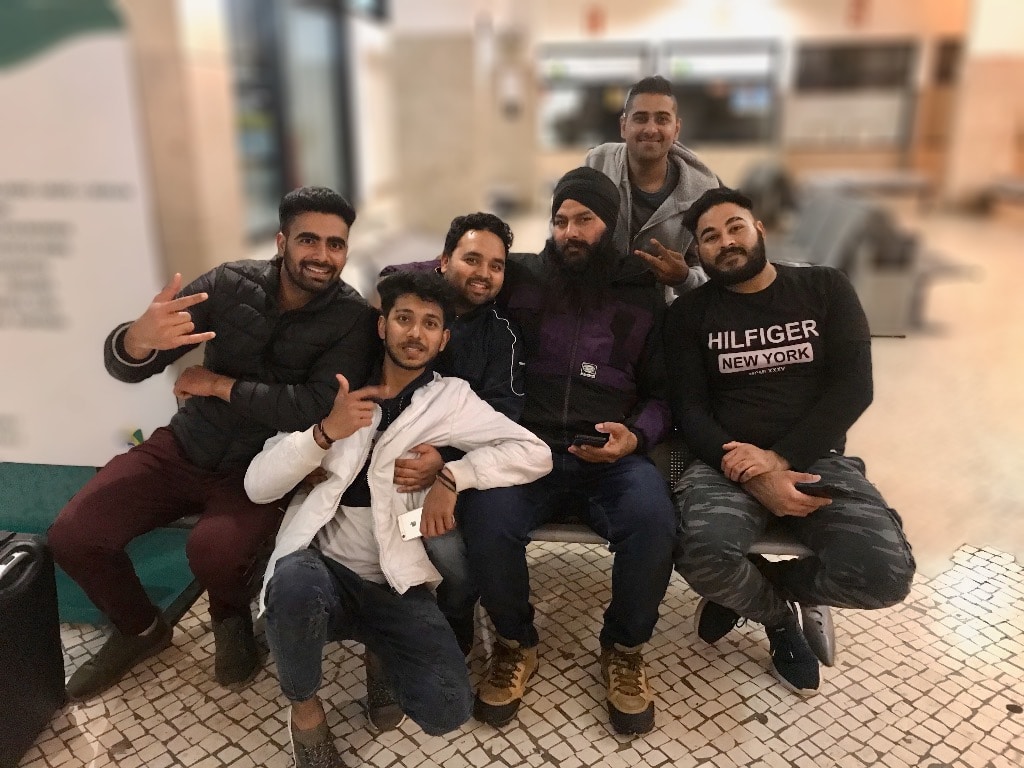 Then I had an idea.

Searching through the trash, I found an empty paper cup. That I sat on the floor, open side up. Then I scrounged in my pockets and found a marble-sized throat lozenge wrapped in silver foil. Motioning him to watch, I drew an imaginary line on the floor from which I tossed the lozenge at the open cup. I missed, but he got the idea.

A few minutes later, a half dozen brown men from India came in, smelling strongly of spice and sweat. They joined our game, and we modified it so one man held the cup while another tossed, sometimes from across the room. Soon we were running all over the place.

It was a poor man’s version of lacrosse in the dead of night. The only verbal exchange was laughter. By the time the bus arrived an hour later, we were just a bunch of sweaty boys in grown men’s bodies having a ball.

Diplomacy comes in strange forms at odd times. The United States and Ukraine are entangled in an incident that led to the impeachment trial of a US president. India’s northernmost border with Pakistan is considered one of the most likely flashpoints for nuclear war. But maybe, just maybe, with a little fun between countries at a Portuguese bus station at midnight, some lubricating oil was squirted into the rusty machinery of diplomacy. It’s a tiny seed that may not bear fruit for decades to come.

When it came time for me to get off the bus, I handed the Ukrainian a package of chocolate cookies and shook his hand. We never did say more than a few words to each other, but I hope he remembers me well, and by extension, my country.

You can’t boil the ocean unless you do it one teaspoon at a time.

Brant Huddleston, born in 1956, is an author, podcaster, father of three, and grandfather of four. A nomadic upbringing whisked him through 13 schools in nine years, from the dusty deserts of Arizona to the snowy villages of Germany. He retired from IBM after 17 years, led a series of technology-based startups, most of which did not start, and began to travel. His newest book Blue Skyways tells how a brush with death and a year of free travel awakened his soul’s purpose.

RewildRestore: In the Spell of Keros

Rites of Passage: Am I a Badass or Over the Hill? You Decide